The trend in healthcare and medical science has seen the IRAN jump into the world’s top 10 countries performing plastic surgery. Particularly in rhinoplasty, over 40000 surgery performing in Iran per month. Iranian surgeons are able to make the desired appearance of your nose, based on the skill gained from doing a lot of rhinoplasty on different nasal varieties. We will connect you to the best Iranian doctors and will answer any questions you have about nose job in Iran.

In the following, we have prepared for you what it is best to know before going under the knife.

Rhinoplasty is surgery on the nose to change its shape and enhance facial harmony, or improve its function. For example, those who suffer from breathing difficulties due to structural nasal problems, by performing rhinoplasty, can improve their nose functionality. Rhinoplasty sometimes referred to as nose job or nose surgery. It is one of the most common types of plastic surgery in the world. 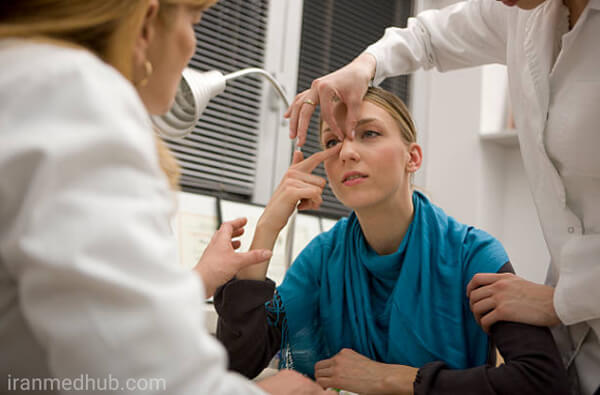 Reasons to do rhinoplasty

The main reasons for rhinoplasty are:
1- Some people are not happy with the appearance of their nose and want a rhinoplasty to improve their appearance and have a nice look. This rhinoplasty action is considered to be a cosmetic surgery.
2. Others are doing this for medical reasons. For example, rhinoplasty is performed to resolve problems such as breathing troubles that are caused by structural nasal problems, or to repair the nose after an injury.
You should know that if you want to get rhinoplasty to improve your appearance, you have to wait until your nose bone grows enough. Girls' nasal growth usually ends at age 15, but boys may take a little longer.

In Iran, cosmetic surgery is performed more than anywhere else in the world. The skill of Iranian physicians in the field of cosmetic surgeries, cost-effective while having high quality, has caused the patients to come to Iran for rhinoplasty from different countries of the world. Because of this, Iran is known as the capital of rhinoplasty. Worldwide statistics show that tens of thousands of successful rhinoplasty actions are conducted in Iran every month. 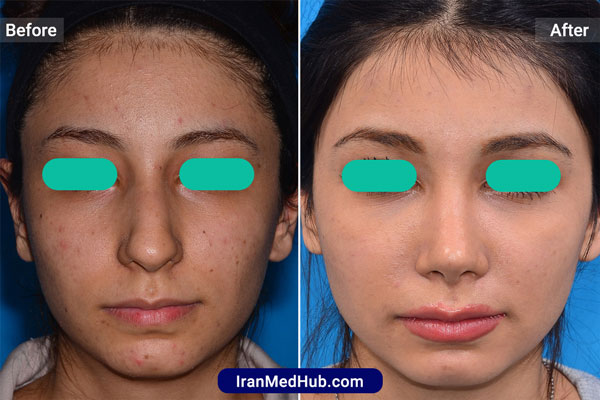 The knowledge of Iranian physicians, along with the experience of thousands of surgeries in Iran, has greatly increased their ability to perform rhinoplasty. So, if you want to get your ideal nasal appearance, Iran is your best choice for doing this.

If you want to know the cost of doing your own rhinoplasty in Iran, send us your information via the form below. Specialist doctors will investigate your request. The cost estimate is completely FREE!

Before and After Photos

Get a FREE cost estimation